Why you should try air cushion film with recycled material

The website of Yale School of the Environment has published an article by Jim Robbins titled "Why Bioplastics Will Not Solve the World's Plastics Problem". According to the article, bioplastics are being touted by industry insiders as the solution to plastic pollution, but the idea that bottles and packaging made from plant materials can be discarded and then naturally decompose is false -- recycling and reusing plastic is the only viable strategy.

So why are bioplastics, touted as an important solution to the plastics problem, falling far short of expectations?

Single-use plastic packaging is the perfect packaging material because it is strong, light, versatile, clear, inexpensive and works well to protect the freshness of the product, and can also withstand the acidity and pressurization of soft drinks. Bioplastics are needed to replicate these functions, and the two most commonly used bioplastics include PHA and PLA. PHA stands for poly-hydroxy-alkanoate and is often made from sugar generated by algae; PLA stands for polylactic acid and is made from sugar found in crops such as corn and sugar cane. 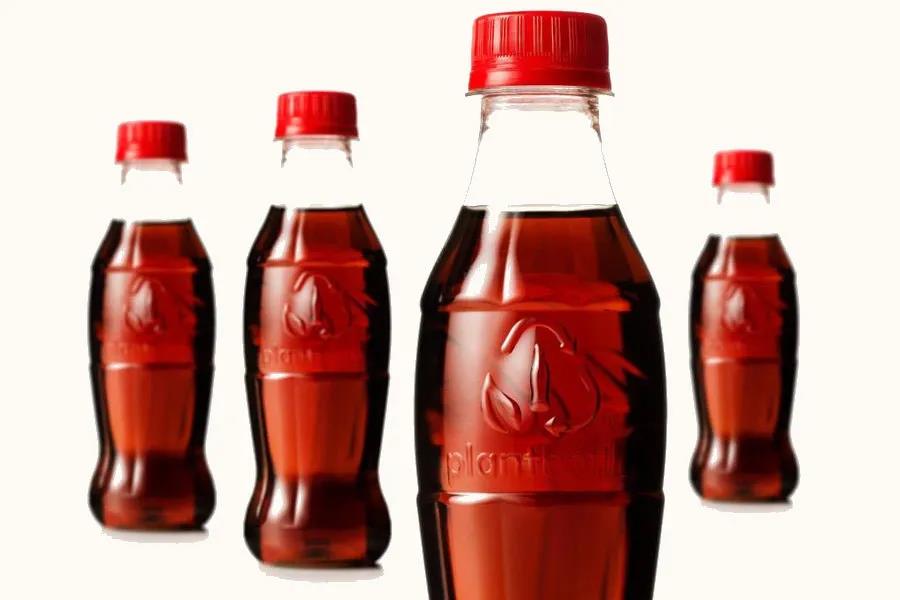 The cost of PLA is one-tenth that of PHA, which is more widely used in disposable tableware and various types of packaging. PHA is used as a coating on the inside of paper cups and in medical applications. However, neither of these two bioplastics is widely used because they simply cannot match the strength and other properties of traditional plastics, and they are much more expensive. Lockedair, as the pioneer of the air cushion industry, launched 100% plant based air cushion film as early as 2016, however, this kind of product is around 3 times more expensive than normal film, also it's shelf time is only 6 month in total before it lose the ideal heat sealing capability.

While both types of bioplastics in use today can be broken down by microbes and become part of the natural world again in a short period of time, decomposition is only achieved if the plastic is collected and placed in a tightly controlled, high-temperature industrial facility. If bioplastics end up in landfills without enough oxygen to decompose, the effects can last for centuries, releasing methane (a powerful greenhouse gas).

Even 100% plant-based bottles are not a viable solution. Not only do bioplastics enter the environment and take years to decompose, but because they are made from plants, and bioplastics also come with the environmental problems caused by large-scale agriculture. The sugars used to make bioplastics are often derived from genetically modified crops sprayed with herbicides and pesticides, which take up land needed to feed a growing global population.

Many experts believe that the solution to plastic waste lies not so much in developing better bioplastics as in restructuring the economy to significantly increase the amount of plastic being recycled. A recent study published in the Science estimates that about 11 million metric tons of plastic now enter the oceans each year, 3 million tons more than previously estimated. If the world continues the current trend of soaring plastic consumption, the production of plastic waste will triple by 2040. The only solution to this serious problem is to recycle and recover plastics.

In Sep 2019, Lockedair succeeded in the development of air cushion film containing >30% recycled plastic, this film is more sensitive and would require more accurate temperature control and tension control. Lockedair LA-E3S machine can perfectly handle this kind of film as normal film thanks to its unique temperature compensation system and dynamic tension control system. We invite you to join us to explore the new possibility of air cushion system to reduce, reuse and recycle plastic material while providing the ideal protection to your products.